Hey there, money bags! How’d you manage to save up all that cash and live the good life?

If you’re stuck paying off credit card debt and balancing two jobs, the idea of having extra money to spend on vacations and luxury cars may seem like a pipe dream.

But honestly, acquiring wealth is simply about sacrifices, I know. So, what would you be willing to give up? Sleeping in on the weekends? Ohhh, that one hurts! Just bear with me…. Counting down from

If you want to save some serious cash, one of the first sacrifices you should make is feeling bored.

That may sound weird, but hear me out.

You know those days when you have nothing to do, so you just binge-watch your favourite Netflix show until you begin to melt into your couch?

Instead of wasting this free time, use it to acquire a new skill.

Wealthy people often value self-improvement and are always trying to make the most of themselves.

Often this means learning a new skill that you can use to make more money in the future.

So what kinds of new things should you learn about, you ask? Let’s say you aspire to be a successful artist, but you don’t know much about sales.

While the two may not seem to relate, an artist could actually benefit from understanding the art of making a sale, since to make money, they’ll have to convince others to invest in or buy their work.

In order to learn a new skill, choose a couple of hours a week to devote to it. Take a class at a local community tutor centre, or use the time to read a book on the topic you’d like to master. Even if it’s something you know absolutely nothing about, give it a try.

Stepping out of your comfort zone is a great way to see things from a new perspective.

As you’ve probably come to realize, financial success doesn’t just happen. Unless you were born into extreme wealth like Paris Hilton, you need to devote lots of time to working on your business and lifestyle to achieve the level of wealth you want.

But what if you dream of having a wedding and lots of kids? It’s all about prioritizing.

You can still have the family life if that’s what you want, just don’t focus on all that quite yet.

Instead of putting all your energy toward dating or chasing after babes, and kids, focus your attention on how to further your career and stay sharp.

This way, you can be selfish without it being detrimental to the ones you love.

One way to handle this sacrifice is to set a timeline for yourself. If you want to have kids but also want to have more financial freedom, set a certain age in your ‘30s to begin exploring family life.

That way, you’ll have your ‘20s to focus on yourself. Plus, being goal-oriented is a great way to give yourself that extra drive toward getting what you want.

Sure, there are plenty of rich people who love flaunting their wealth, but they didn’t get to that level of financial freedom by doing so.

Settle for simple clothing and jewellery within your budget. If you spend copious amounts of money for vanity’s sake, then you’ll find yourself living from paycheck to paycheck instead of saving up.

This sacrifice also helps you to really value your money and understand where it’s going, instead of just blowing it on stuff you don’t need.

And once you’re getting the big bucks, you can splurge on that Versace jacket or Ferrari you’ve had your eye on for years.

If you think you can earn extreme wealth by getting a whopping 8 hours of sleep a night, you have another thing coming.

While it’s ideal to get 7 to 8 hours of sleep, working hard at your craft or career often requires sleepless nights.

Even though there are 24 hours in a day, it sometimes doesn’t feel like enough! During this time, just accept the fact that you’re going to feel a little run down and tired from late nights at work or juggling multiple jobs or remote gigs.

According to Business Insider, billionaire Elon Musk says he sleeps only about 6 hours a night – and he’s already made his money.

But if you’re one of those people who really needs time to rest when they’re working hard – you know, as most humans do – then you can schedule your rest just like you would important meetings or deadlines.

This still may not be enough, but hey, you can rest easy on a beautiful beach when you’re able to afford lavish vacations in the future.

This sacrifice can be especially challenging during a time when social media is just a click away at all times.

I’m pretty sure Oprah Winfrey isn’t wasting away her afternoons scrolling through her Instagram feed.

When you’re working on building a business or honing in on your craft, distractions can easily become your downfall.

Entertainment like movies, TV shows, concerts and more not only waste valuable time but also your money.

Think about it: in one month, going to the movies a couple of times, and maybe a concert or two can literally cost you thousands, not to mention the fact that it took up tons of your time.

Instead of getting distracted by entertaining activities every weekend or even some weeknights, designate one day a month to do something fun and entertaining.

That way, if you choose one Saturday to catch up on all the Game of Thrones episodes you missed, you won’t feel guilty.

If you want to be rolling in the big bucks one day, you’ve got to let go of the idea that you’ll live a stable, comfortable life.

Part of earning success is being able to take advantage of opportunities as they’re presented to you.

If that means relocating to another state for a year, so be it! Try not to be scared of change or taking big chances.

Saying no to opportunities that could advance you in your career could be detrimental – you never know when you’ll get one again.

Take the Kardashians, for example. To build their brand, they’ve spent years jet-setting off to different states and even countries promoting their products and their reality show. It made their life incredibly busy and hectic, and they probably didn’t end up in their bed every single night at the same time.

But they sacrificed a simple, predictable life for incredible fame and fortune, and they’re probably pretty grateful they did!

Life is all about how to make things easier.

But when you’re saving up and working toward becoming incredibly successful, the comfortable life just isn’t doable. And I’m not just talking about that ultra-comfy king-sized bed or that kinda gross but awesome toilet seat warmer.

I’m talking about everyday things you spend money on to make your life just a bit more comfortable. Like the newest wireless headphones.

Sure, not having to untangle wires every time you want to rock out to Beyoncé is nice, but is it really worth spending up to 100 bucks on?

And settling for a cramped studio flat vs. an expensive luxury flat will save you tons of money. You can make due!

The sacrifices may seem insignificant, but it really adds up, and you’re better off, putting that money toward growing your business or whatever other goals you’re trying to reach.

You can worry about flying in the comfort of your own private jet later in life.

1. Caring about what other people think.

I hope I’m not the first to break it to you, but life isn’t like high school – it’s not a popularity contest! If people don’t like you, you shouldn’t stress too much about it.

While it’s important to be respectful of others, there’s no need for you to go out of your way to appease them, especially if it hinders your growth.

For example, let’s say at work, there’s an opportunity to go on a trip with your boss that would practically guarantee you a raise and the ability to move up in the company.

But there are other people in your office that may also deserve to go on the trip, maybe even more than you do. Instead of worrying that it may make them like you less, there’s no reason why you shouldn’t try to take advantage of the opportunity.

Working toward your goals isn’t about making friends, it’s about earning what you deserve. And when you’re planning wild yacht parties off the coast of the Bahamas one day, you’ll have plenty of people wanting to be your friend, trust me.

It may feel like you’re sacrificing a lot to work your way to the top. But remember, hard work often pays off. And if you put your all into something, think about how great it will feel when you get to reap all the benefits of your hard work.

What other things are you willing to sacrifice to make it out on top?

Let me know down in the comments! If you learned something new today, then share it with a friend. 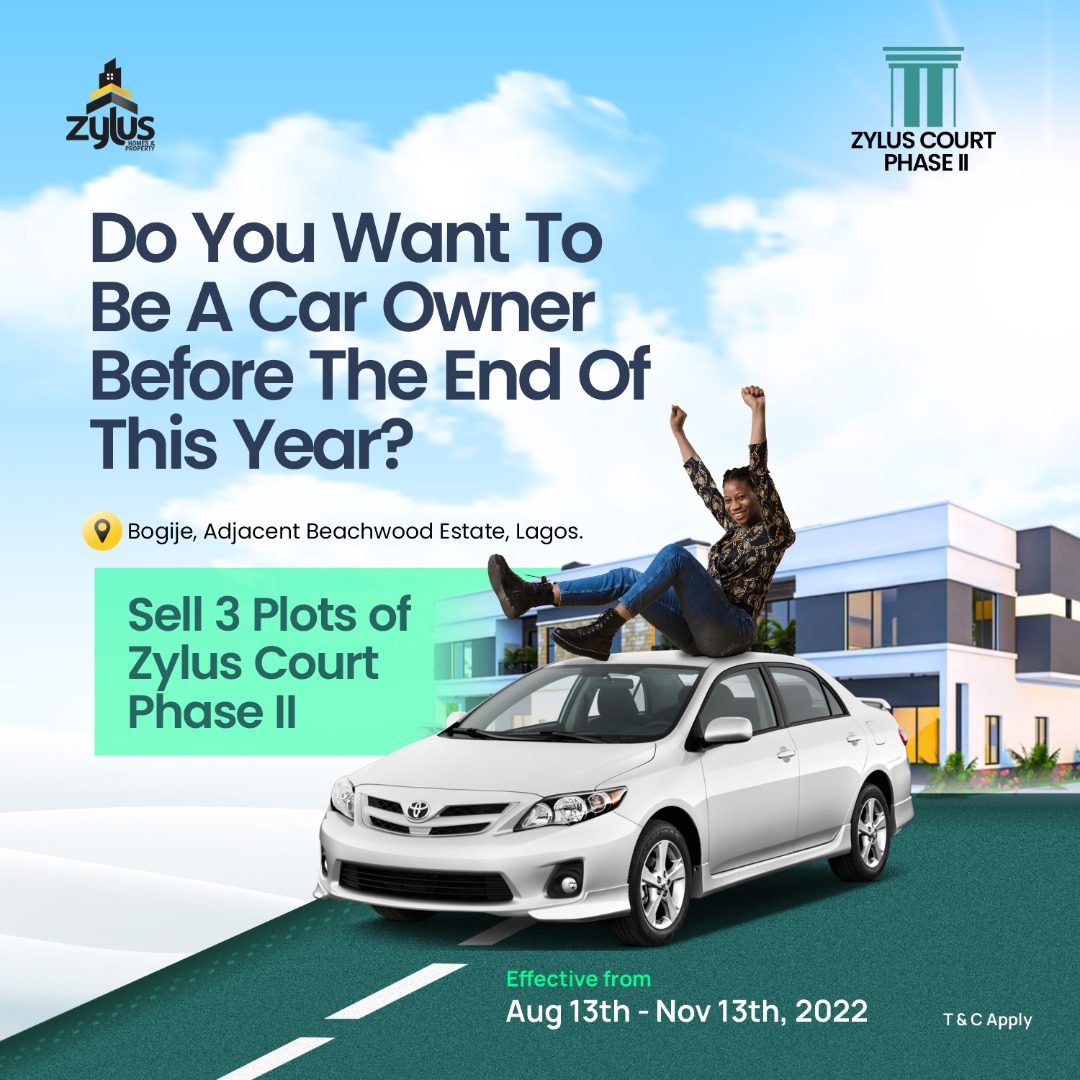 Sharing is Awesome, Do It!

Powered by Convert Plus

Your password reset link appears to be invalid or expired.

To use social login you have to agree with the storage and handling of your data by this website. %privacy_policy%

Don't miss out on new posts!